turn(it)out festival Goes Virtual and Will be Free

[Hong Kong—26 January 2021] Hong Kong Ballet (HKB)’s first ever ballet-themed festival turn(it)out festival will now go virtual and be free for all due to extended social distancing measures. Co-presented by Freespace at the West Kowloon Cultural District (West Kowloon) as part of Hong Kong Ballet in Residence 2021, the highly anticipated dance festival explores ballet’s role in our modern world and will be available for streaming on the websites of HKB and West Kowloon for two and a half weeks during 18 March - 4 April 2021.

Bringing together Hong Kong and international audiences virtually, turn(it)out festival features five(by)six, a compelling programme of five intriguing contemporary ballets by six international dance-makers, The Orpheus Cabaret, a fresh new collaboration between seven HKB emerging choreographers and a team of The University of Hong Kong (HKU) creative writers, Ballet Classics for Children: Cinderella, a charming introduction to the world of ballet for young audiences, and BINGE-WORTHY, a dazzling collection of short videos from the HKB vaults. An exciting array of fringe activities for both adults and children will be available to view on demand during and after the festival, including Open Company Class, Ballet Barre Classes, the interactive Cross Training for Dancers series, MASTERCLASS! series, ballet-blah-blah-blah and other unexpected experiences.

The Orpheus Cabaret is a fresh new collaboration that brings together seven choreographers associated with HKB and a team of HKU creative writers led by Chair of Creative Writing & Theatre Page Richards, a professor and director of the HKU Guild. The classic Greek myth of Orpheus journeying to the Underworld to bring back his beloved Eurydice gets a new twist in this provocative new dance cabaret online. The Orpheus Cabaret will be pre-recorded and screened on Zoom at 8:00pm on 19 March HKT (8:00am, 19 March EST; 12:00pm, 19 March GMT). Registration is required due to limited quota.

Featuring fresh new choreography and direction by Webre, in partnership with veteran theatre director Ata Wong and based on an original concept and script by Yuri Ng and Rick Lau, the premiere of Ballet Classics for Children: Cinderella will bewitch audiences of all ages online with its triumphant rags-to-riches story, interactive narration by Yung Yin Sing Lucas and extravagant new costumes by renowned costume designer Yoki Lai. Part of HKB’s best-selling family series, this production will introduce the world of ballet to young audiences in this entertaining one-hour adaptation of the classic fairytale. The video will be available to stream in English or Cantonese with subtitles from 10:00am on 20 March HKT.

BINGE-WORTHY is a collection of ballet shorts curated by Webre, including riveting excerpts from the classical and contemporary repertoire, refreshing human moments, and interactive content. Pop some popcorn and binge them all from 10:00am on 21 March HKT!

Other fringe activities include Open Company Class where HKB Ballet Master Luis Torres takes the dancers through their daily paces as they progress from warming up at the barre to extravagant pirouettes across the floor and the Cross Training for Dancers series with comprehensive 5-minute workouts led by HKB Ballet Master Yuh Egami. Additionally, audiences of all ages can explore creative movement and enjoy music from ballet classics with HKB’s Artistic Team in Ballet Barre Classes, which includes the first episode of ‘Silver Ballet’, HKB’s newest free virtual workshop designed for seniors , with gentle exercises that focus on enhancing physical fitness, cognitive stimulation and overall well-being.

The ballet-blah-blah-blah hosted by Webre will be back with an inspiring episode ‘Creating Work in a Pandemic: A Conversation with Annabelle Lopez Ochoa and Stephen Shropshire’ where two contemporary Europe-based choreographers discuss the ‘new normal’ of coaching and creating original content during the pandemic.

In addition, two new episodes of HKBALLT CLASSROOM focusing on Cinderella will be released. Explore Prokofiev's lush score for this cherished happily ever after fairytale in ‘Ballet Do Re Mi—Cinderella’ and learn some stage makeup basics in ‘Cinderella Makeover—Turning into an Ugly Stepsister’ where a HKB dancer will transformed by a professional makeup artist.

All turn(it)out festival fringe activities will be available at 10:00am on 18 March HKT and will remain available after the festival ends.

Get the best seat in the house safely at home, and don’t miss this extraordinary online festival with its electrifying and thought-provoking works for all ages!

Bjørn is a resident Bournonville teacher at English National Ballet School, Bavarian Ballet Academy, Accademia Nazionale di Danza Roma and Oslo National Academy of the Arts, where she was appointed Honourary Professor in 2020. She has staged, re-staged and reconstructed numerous Bournonville productions, including La Sylphide, Napoli, Le Conservatoire, Natalia and Ponte Molle, for ballet companies around the world.

Bjørn is the recipient of the Danish Order of Dannebrog, the Norwegian Order of Merit by King Harald and the Finnish Order of The White Rose.

Locally born Rachel Cheung was the first Hong Kong pianist to be a Van Cliburn International Piano Competition finalist in 2017, earning both critical acclaim and the Audience Award for 'outstandingly lyrical' playing that showed 'nobility in her interpretation’. Other accolades include prizes in the 2009 Leeds, 2010 Chopin and 2012 Geneva International Piano Competitions.

Cheung frequently performs both locally and internationally. Highlights of her 2018/19 season include recitals in the US, Mexico, Italy, Poland, the UK, Germany and Japan, and creative collaborations with Hong Kong Philharmonic Orchestra, Verbier Festival Chamber Orchestra and Asian Youth Orchestra, among others.

A graduate of The Hong Kong Academy for Performing Arts’ School of Dance, Justyne Li is an independent dancer and choreographer. She previously danced with Hong Kong Ballet and Tanz Graz (Austria) and was a soloist with Ballett Bremerhaven (Germany) before establishing Neo Dance HK with Wong Tan-ki in 2010. Her choreographic work Division received first prize at the 7th Jerusalem International Choreography Competition, and other accolades include numerous Hong Kong Dance Awards, like Outstanding Choreography and Outstanding Performance by a Female Dancer for Galatea X and Outstanding Achievement in Independent Dance for Galatea & Pygmalion. 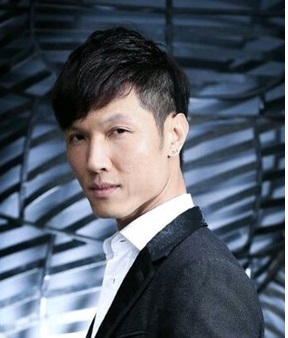 Annabelle Lopez Ochoa has created works for over 60 companies worldwide, including New York City Ballet, San Francisco Ballet, Ballet Nacional de Cuba, Compania Nacional de Danza de Espana, Dutch National Ballet, English National Ballet, Royal Ballet of Flanders, Joffrey Ballet, West Australian Ballet, Scottish Ballet and The Washington Ballet. A graduate of the Royal Ballet School of Flanders, she danced for 12 years, including as a soloist at Scapino Ballet, before focusing solely on choreography. In 2010, the Temecula Performing Arts Examiner wrote: ‘Ochoa is truly a masterful choreographer with an edge for what dance can and should be in this constantly changing industry.’

Stephen Shropshire is a choreographer, curator and independent dance researcher who has created works for renowned ballet companies all over the globe.

Between 2009 to 2012, Shropshire was the artistic director of Noord Nederlandse Dans. In 2017, he was awarded a special honor prize from the Dansersfonds ’79 for the ‘consistent aesthetic harmony in his work’, and in 2018, his work We Are Nowhere Else But Here won the VSCD ‘Zwaan’ for most outstanding dance performance of 2017.

Shropshire is a graduate of the Juilliard School in New York City and holds an MA in Arts and Heritage from the University of Maastricht. Yung Yin Sing Lucas graduated from The Hong Kong Academy for Performing Arts (HKAPA) with a Bachelor of Fine Arts in Drama in 2019. That same year, he was nominated for Best Actor for his role as Peter in Luna Gale at the 11th Hong Kong Theatre Libre and won HKAPA’s Outstanding Actor Award for his role as Zhu Yuanzhang in its production of Dust and Dawn. Recently, he was awarded Level 1-B in the PSC (National Putonghua Proficiency Test).

As part of Hong Kong Ballet’s three-year residency at Freespace, the troupe take over Freespace with a programme of virtual ballet experiences for audiences of all ages.

This event is part of the commitment of the West Kowloon Cultural District to establish long-term partnerships with local and international arts organisations.

About Hong Kong Ballet
One of Asia’s premier ballet companies, Hong Kong Ballet (HKB) is internationally recognised as a vibrant arts institution that represents Hong Kong’s unique character. Established in 1979 and led by Artistic Director Septime Webre, HKB has a dynamic repertoire performed by nearly 50 dancers from all over the globe and award-winning education and community programmes.

With almost 50 international tours, HKB has won recognition from critics and fans both at home and abroad. Its diverse repertoire includes classic and modern masterpieces, original full-length ballets created for HKB, an interactive ballet series for younger fans and groundbreaking dance by today’s most sought-after choreographers, including Alexei Ratmansky, Christopher Wheeldon, Jiří Kylian, Nacho Duato and Trey McIntyre, among others.

HKB maintains an active schedule of community initiatives throughout Hong Kong to ensure that ballet is accessible to people from all walks of life.

Freespace is Hong Kong’s new centre for contemporary performance in the heart of the Art Park in the West Kowloon Cultural District, presenting multi-genre performances and events. It produces boundary-pushing collaborations and promotes new ways of seeing and experiencing performance. Freespace houses The Box, one of the largest black box theatres in Hong Kong, a flexible space for cutting-edge performances. Two multi-purpose spaces—The Room and The Studio—are designed for creative exchange and artistic collaborations. Lau Bak Livehouse is an intimate bar cafe presenting live music from Hong Kong and around the world.

About the West Kowloon Cultural District

The West Kowloon Cultural District is one of the largest and most ambitious cultural projects in the world. Its vision is to create a vibrant new cultural quarter for Hong Kong on forty hectares of reclaimed land located alongside Victoria Harbour. With a varied mix of theatres, performance spaces, and museums, the West Kowloon Cultural District will produce and host world-class exhibitions, performances and cultural events, providing twenty-three hectares of public open space, including a two-kilometre waterfront promenade.

For The Nutcracker tickets purchased via URBTIX, you can get a cash refund at Hong Kong Cultural Centre’s URBTIX counter from 4 March (Thursday) to 28 April (Wednesday) (both dates inclusive). Please keep intact original ticket(s) (with stub) and check for the latest announcements on URBTIX website (https://ticket.urbtix.hk/internet/newsDetail/173276) for any updates. Should you have any enquiries, please contact marketing@hkballet.com or +852 2105 9724 (office hours: Mon-Fri 9:00am-6:00pm).